It began as one of those political discussions in the bar.  The conspiracy theorists, who especially enjoy talking amongst themselves in bars, sit in a hunched group.  Presumably, they’re talking about what’s in their doomsday root cellars, nodding sagely at each other. I don’t participate in political discussions.  I think it’s a waste of time.  If you’re looking for someone’s opinion, turn on the news.  I don’t think there’s much left of the world.  If you disagree, watch a child with a fidget spinner.  This child needs only one sense, his eyes, and he sits, slack-jawed as a piece of plastic spins.  Pediatric Soma. Really, in light of this development, Nintendo looks like quantum physics. More than anything else, even the civil war our country is experiencing over politics, I am distressed by the overwhelming….well, the overwhelming stupidity of the public. I don’t mean stupidity as it relates to one’s IQ; I mean the kind of intellectual laziness that continues to grow exponentially.  You’ve all seen the interviews on the street where the college kids don’t know when the world wars happened, much less who was fighting.  No one read, no one writes, no one can spell, blah blah, blah.  All this led me to….

“I’m a nihilist.” I said into my drink at the bar.  “I hate everything.” (Everyone lapses into lines from The Big Lebowski.)

“I’m going to start a blog about it.”

“I won’t read it. If you’re a nihilist, you won’t care, because nothing matters.” He smugly raised and eyebrow at me. (You know who you are, and I know you’re reading this.)

I began to read Nietzsche. I began to read about moral, political and existential nihilism. And a great, great deal of it made sense.  If nihilists question the meaning and existence of virtually everything-how is it not appealing to be one?

**** Don’t think for one second I don’t recognize the hubris of even attempting to write about philosophy- all I can explain is what makes sense to me.****

For me, nihilism rejects everything for which there is no proof.  In our current political climate, is there any proof of anything? (The conspiracy theorists can just sit down now.) I’m not talking about proof of nefarious emails nor proof of Pythagoras’s theorem. I’m talking about all the things so many of us take for granted.  Proof in the goodness of man. Proof that everything will turn out for the best. Moral nihilists propose that morality isn’t inherent, that it’s a construct of man. If that’s true, it has served us well, and carried us through law and order and progress. If it’s not true, and inherent morality exists, I defy you look at our world and demonstrate it.

I hope most if not all of you watched HBO’s venerated series, The Sopranos. If you have, you may remember the scene in his therapist’s office when Tony Soprano explodes with frustration at the “bullshit, bullshit, bullshit,” which terminology he had assigned to the small, cumulative frustrations of moving through one’s day. The rude bank teller, the blank stare of the clerk after your detailed explanation, the condescension of the kid at the Apple Store. The bullshit indeed.

This blog will work hard to be apolitical. It will be necessary at times, however, to reference current events.

Yesterday, a political extremist opened fire on a baseball practice. The two participating teams were opposing polical parties.  Several people were significantly wounded and, most certainly, traumatized.  Scrolling through my own Facebook feed this morning, i came across a post by an acquaintance; to be clear, this is not someone I would call a friend, but someone I had met before and had conversations with.  Many of us have these people in out lives through social media. Perhaps they’re a friend of a friend. We let them in. We are privy to a great deal of information about them, and they about us. We presume, often correctly, that they must be okay.

This particular acquaintance, had written a post (not a share of someone else’s,) lamenting that a different congressman wasn’t on the pitcher’s mound yesterday.  The implication, clearly, was that he wished this object of his invective to have been as critically wounded as the congressman who was shot.  The post was immediately taken to task as offensive by several people. The poster was taken to task, and he responded that his post had perhaps indeed been in poor taste, but went on to make a point that in the future, better aim should be taken at better targets.  He was conciliatory, though non-apologetic. He then bullishly informed his audience that if they didn’t like it, they knew what to do. So I did.  And I don’t have to see that anymore.

The good trick will be what to do with the action and the reaction. I could have responded and had a rousing argument with the faceless Internet. Scrolling down, there were scads of replies. The only really nice thing about this approach is that the participants can’t interrupt each other.  You just watch for the response.

I could have spent today seething. It was an appalling post.

I could have privately messaged him.  See the first choice.

In the end, I’m hard pressed to think that any of the above choices are viable.  Our voices and arguments become so many pennies in the well. If one perceives nihilism as clarity through reduction, the only possible course of action was to delete him. I visualize him standing there becoming more and more transparent until he’s soundlessly gone. Make no mistake, his post made me furious enough to sit down after a long day and write this. But….clarity……through reduction. Reduce my anger, and focus on how much clearer everything is when one ceases to care about anyone else’s opinions. Acknowledge the egregious, then let it go.

“The philosophical, ethical, and intellectual crisis of nihilism that has tormented modern philosophers for over a century has given way to mild annoyance or, more interestingly, an upbeat acceptance of meaninglessness.” (1)

I’m not an intellectual. The last thing you need is another person’s  opinion on the state of things. We have everything at our disposal. With a few clicks of the mouse you can find support and corroboration for any idea you might have. The days of crouching in the doorway of the cave wondering if there’s anyone else like you out there are over. And that’s wonderful, right? Globalization of knowledge. One love. Everything is everything.

It didn’t turn out that way, did it?

You could drink. You could rage, rage against the dying of the light. You could give up.

But really, those aren’t very appealing solutions, are they? Wouldn’t it be wonderful to find the sweet spot, the spot where you could shake your head and laugh and try to spin gold out of straw? In the end, the only thing we really have control over is our own mind and the frontiers of our own thoughts. I think we should enjoy those things. Some of us have forgotten how. 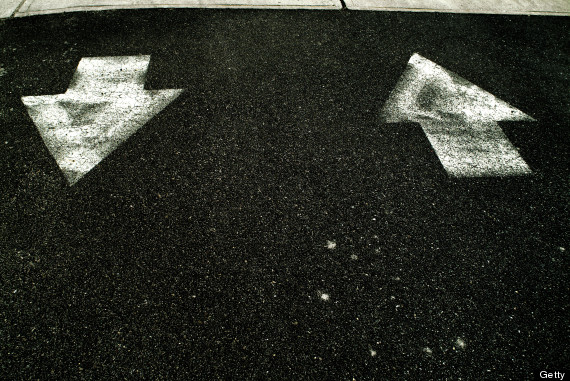 Why bother with satire, or humor or elitism? It’s hubris, isn’t it, for me to think you might want to read this, to think that I might have something to say. It’s quite the contradiction to throw around the term nihilism, and care enough to publish a blog. No arguments here. The thing is, I’m finally getting to that sweet spot of acceptance, and I’m finding that it’s often a funny place to be. Sometimes, I even enjoy it. It’s my hope that you might as well, even if it’s only here and there.

This is a text widget. The Text Widget allows you to add text or HTML to your sidebar. You can use a text widget to display text, links, images, HTML, or a combination of these. Edit them in the Widget section of the Customizer.